And there goes October whooshing by!

I’m very thankful to have finished and published Forgotten before Halloween (more about that over here), but November promises to be a very busy writing month as well. More about that next week, though.

During October I’ve had some more luck with keeping up with #TheMerryWriter on Twitter, though I still seem to fall behind at least once a week… oops. Still, it’s a lot of fun and also a chance to meet other writers who have the same or similar interests than yourself.

The Ruon Chronicles and Porselein

With spending so much time getting Forgotten finished (and basically being very tired after some double deadlines* at work), I’ve barely touched Ruon Chronicles or Porselein this month. However, my fingers are itching to get stuck in and finishing these. I want to get a good part of the work done before triple deadlines start!

This Friday evening is the local Christmas Market where I’ll be selling some handmade goodies, but then I should have the rest of the weekend open for working on fiction. And cleaning. But I’m focusing on the writing!

Aaaaand I’ve started another project. Well, sort of. It’s been brewing for a while, and is basically another flash fiction collection, like Dim Mirrors, wherein a whole lot of my flash stories are collected together and made available on a platform like Noisetrade Books. I’ve got a vague outline for it thus far, but will probably only have it ready somewhere at the beginning of 2019 as it still needs to be edited, etc. See, most of my Microcosms fiction is written during lunch hour, so they can all probably do with some re-editing.

So far I have an idea for a cover that is something like this: 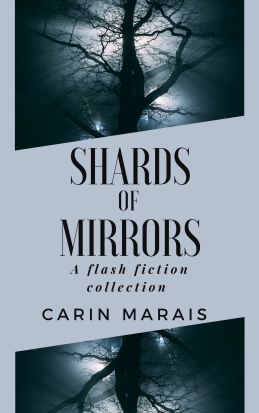 But I’m trying not to spread myself too thin! (She says, gazing at the pile of work she’s made for herself.)

Have an awesome week!

*For those wondering what on earth double and triple deadlines are, basically it’s our way of saying we have twice/thrice as many deadlines in the time we usually have one. Spoiler: by the time Christmas rolls around, the magazines up to February is basically finished… Anyway, it usually means a lot of coffee** and wishing that you had a TARDIS to get more hours out of the day.

** I drink mostly decaf though, so why I drink more coffee is beyond me! Ha!

Finally a proper look at the finished Ruon hiding cloak charm! Testing these out while writing The Ruon Chronicles is a lot of fun, let me tell you 🤩😂
Preptober, Day 11: Inspiration... The inspiration for the embroidery/needlework magic system in The Ruon Chronicles came from reading this book by Helen M. Stevens. I mean, look at that cover! Embroidery, dragons, what more could you want 😂😍
Preptober, Day 9: Music. I almost always have some kind of music playing while I work. I don't always match the music with the tone of the scene I'm busy with, however.
More succulent flowers! 😍 They're really putting on quite the display this year, yay! 😱🤩
Preptober, Day 8: What distracts me? I think it depends on the day, but so often I fall into the "do more work *before* you actually start writing trap.
Preptober, Day 7: Update... 🤔 Yeah, so this week hasn't gone at all according to plan fiction writing wise, but otherwise it's been a good working week 😂
Preptober, Day 6: Working Title – The Charms of Life and Death (The Ruon Chronicles, Book 1)
Preptober Day 5: Why I write... 🤔