I hope I’m not the only one who buys craft kits and then take a year (or five in this case!) to start on them. In 2012 I got one of  Rosework’s embroidery patterns called “Firebird” and finally started working on it about a month ago. (Roseworks is a local — i.e. South African — brand.) In my defence, though, I have been busy with needlepoint and did not realise when I bought said pattern that it called for over 40 colours of embroidery cotton.

Okay, and I forgot I had it for a while… (Part of the reason why I really needed to declutter my craft cupboard — I had stuff in there I’d forgotten about.)

But anyway, so about two months ago I found a local place that sells the DMC embroidery cotton for a lot cheaper than the usual wool-and-embroidery-stuff-though-it-actually-sells-sewing-machines-but-I-love-the-people-there shop I go to. And I thought huzzah! Now I can actually afford to buy the cotton!

So, long story short, and after taking an hour to find all the colours (I may have gotten distracted after spotting quilling paper), I walked away with a bag of embroidery cotton, and the realisation that I haven’t embroidered anything but a few Ruon charms in years. And that the Firebird pattern stated ‘advanced’ when I looked a bit closer.

Turns out that I seem to be all right with the basics still… Mostly thanks to this little embroidery kit I got with Molly Makes and Craftsy Unlimited videos. Let’s just say that before watching the video on French knots I was utterly unable to make them. No matter how many tutorials I read. It’s the main reason I never did any proper candlewicking patterns…

Here is the Molly Makes embroidery:

And the Firebird embroidery, which is my embroidery WIP: 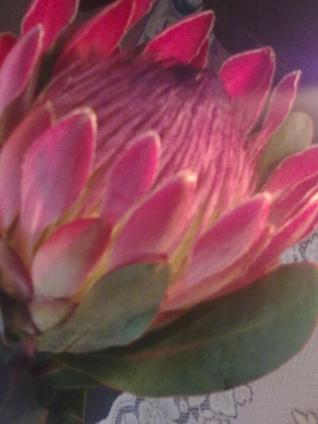 And here are the Ruon charms — they form part of my stories in The Ruon Chronicles.

Happy World Ballet Day! 😍 🩰 🌸 I give you my battered pointes – luckily the others still look good! 😅
Preptober 15, Writing Books: Currently, I am busy with quite a few writing books while I outline the story and build the characters. One of my favourite writing craft books, is "The Emotional Craft of Fiction" by Donald Maass. I also use @authorkmweiland's great outlining, structure, and character books. 😀🤓
Finally a proper look at the finished Ruon hiding cloak charm! Testing these out while writing The Ruon Chronicles is a lot of fun, let me tell you 🤩😂
Preptober, Day 11: Inspiration... The inspiration for the embroidery/needlework magic system in The Ruon Chronicles came from reading this book by Helen M. Stevens. I mean, look at that cover! Embroidery, dragons, what more could you want 😂😍
Preptober, Day 9: Music. I almost always have some kind of music playing while I work. I don't always match the music with the tone of the scene I'm busy with, however.
More succulent flowers! 😍 They're really putting on quite the display this year, yay! 😱🤩
Preptober, Day 8: What distracts me? I think it depends on the day, but so often I fall into the "do more work *before* you actually start writing trap.
Preptober, Day 7: Update... 🤔 Yeah, so this week hasn't gone at all according to plan fiction writing wise, but otherwise it's been a good working week 😂