After a disastrous December when it came to writing, I want to give my patrons (check out the Patreon page here) a proper short story for January. Besides the Patreon short story, I want to (at last…) finish “A Mask of Paper and Porcelain” so that I just need to edit it a bit and then it will be ready to submit for publication. 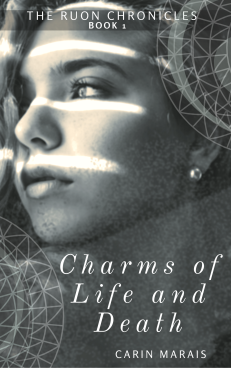 The Jozi Flash 2017 is also still going strong and I need to have eight stories written by 31 January – bring on the pens and paper!

Besides these projects, I need to work on Charms of Life and Death’s draft. Let’s just say the time I thought I was going to have in December I did not have.

Finally I want to take part in at least one of the weekly flash fiction challenges (like Microcosms and Cracked Flash Fiction).

This year I want to dig into the TBR pile I have at home instead of simply acquiring new books and adding to it. This includes not getting more audiobooks until I’ve finished all of mine. I went a bit berserk with audiobooks of some classics – and they are quite hefty tomes to listen to. Pickwick Papers by Charles Dickens is something like 60 hours long!

First up on my pile I want to read is John Green’s The Fault in Our Stars and Terry Pratchett’s The Shepherd’s Crown. I actually received the latter a year ago *hangs head in shame*, but haven’t had the heart to read it yet; knowing that it’s the final one. When it comes to non-fiction, Geza Vermes’ The Story of the Scrolls: The Miraculous Discovery and True Significance of the Dead Sea Scrolls is first on my list.

Getting Back Into a Routine

Reaching all my goals this year will mostly mean getting back into a writing routine – something I had begun to neglect over the past few months. By setting up a routine (with enough time to rest as well) I should not be as overwhelmed as I was in November and December. Okay, December was mostly just a writing failure all around. I think my brain was just too tired to do much of anything.