Welcome to another Folklore and Myth Thusday post! In this thirteenth post I’ll focus on some folkloric and mythological elements that begin with the letter ‘m’. If you’ve missed any of the previous posts, or would like to find some more resources, you’ll find some links at the end of the post. 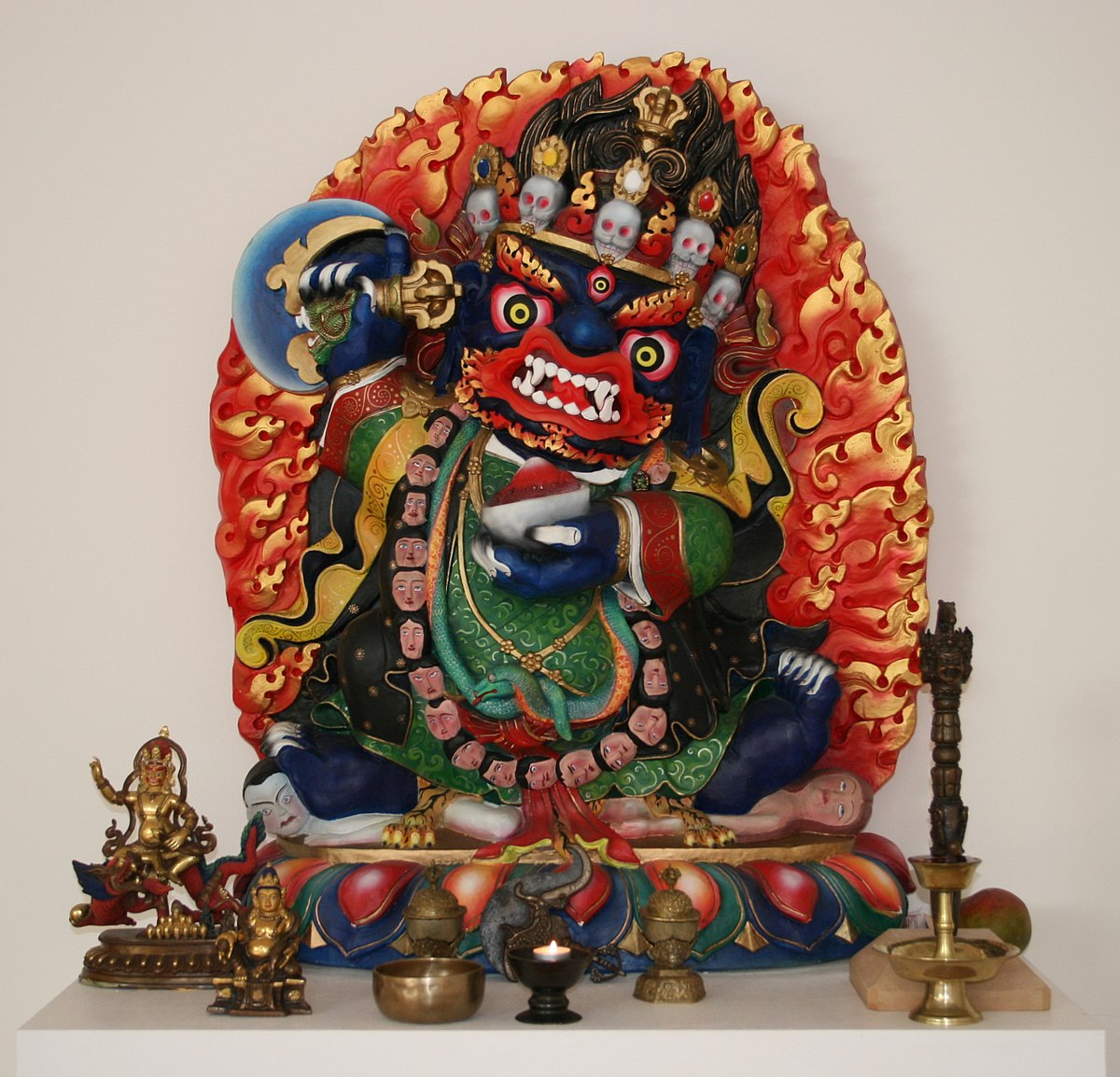 “Mahisha is the buffalo-headed demon defeated by the Hindu warrior goddess Durga” (Rosen, 2008:78). Rosen tells that “Mahisha was threatening the cosmic order, stomping across the three worlds, polluting the Earth and sea” (Rosen, 2008:78). Durga then came into being to fight Mahisha, but he sent her a marriage proposal (Rosen, 2008:78); to which Durga replied: “I shall marry only he that defeats me in battle” (Rosen, 2008:78).

“Her victory is celebrated in Bengal each year during the festival of Durgapuja” (Rosen, 2008:78). 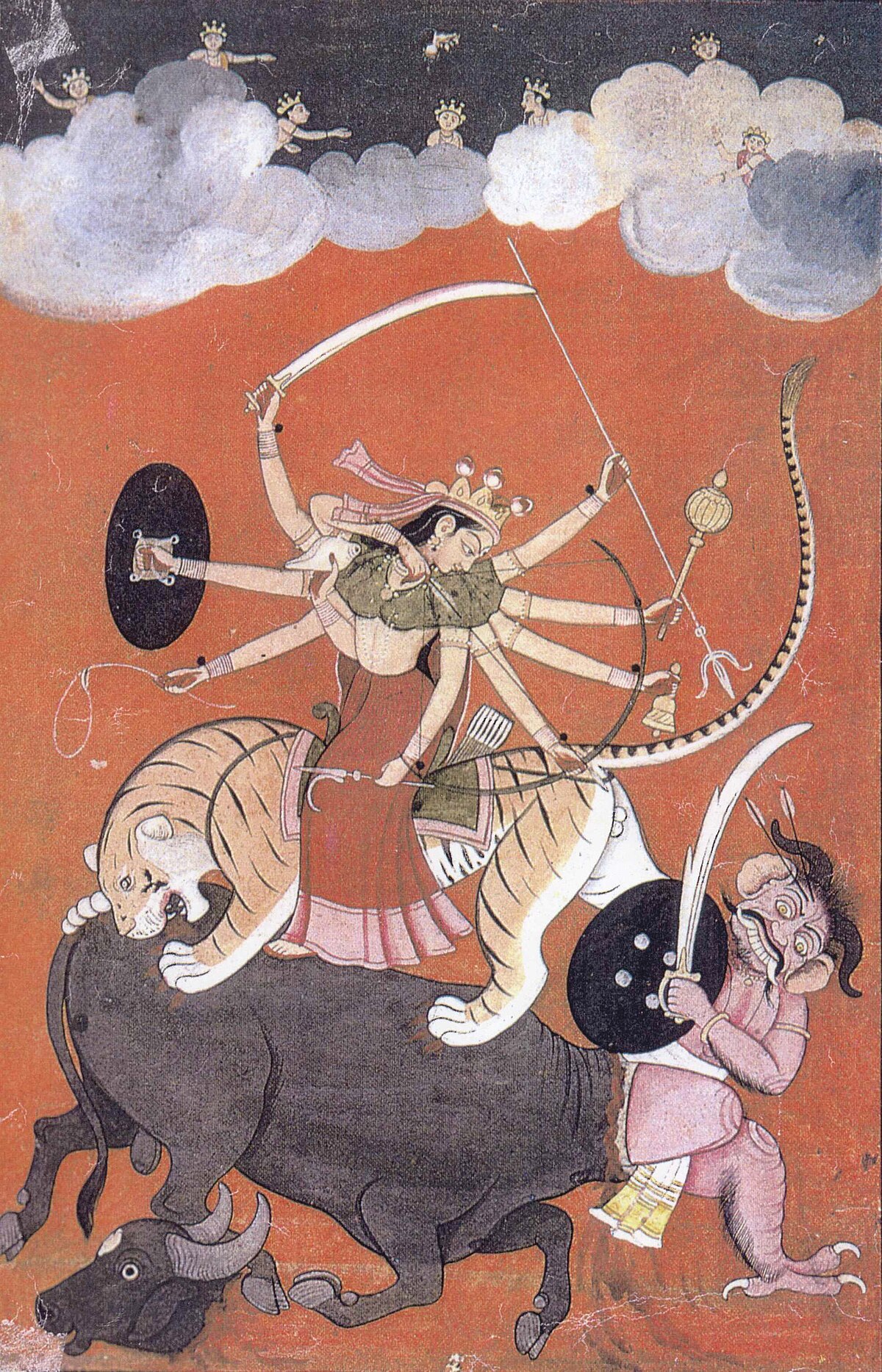 By Unknown – picture of the “Guler School”,, Public Domain, Link

Mami Wata and the Miengu (singular Jengu) are “female water spirits honored in Africa, the Caribbean, and parts of North and South America” (Rosen, 2008:134).

“In the oldest versions of her mythology, Mami Wata is a Mermaid with the upper body of a woman and the lower body of a fish or reptile. When she appears as a human woman, she is elegant and exceptionally beautiful, with brilliant eyes, a lighter than normal complexion, attractive clothes in the latest fashion, and abundance of shiny jewelry, and excessively long hair that she is fond of brushing back with a golden comb” (Rosen, 2008:134).

Legends about Mami Wata tell of how she “may kidnap swimmers and take them to her underwater realm, releasing them when they promise fidelity to her cult” (Rosen, 2008:134). She “is also believed to gift her followers with material wealth and spiritual accomplishments” (Rosen, 2008:134).

The Miengu are also mermaid-like creatures which inhabit rivers and the sea and are honored in Cameroon (Rosen, 2008:134). “Believed to be beneficient, they carry messenges between the people who honor them and the world of the spirits” (Rosen, 2008:134). The Miengu may further “cure illnesses and bless their devotees with good luck, protection from epidemics, victory in competitions, and fair weather” (Rosen, 2008:134).

Mael Dúin is an Irish hero who “sailed away to kill the man who had slain his father (Tresidder, 2004:299). However, he takes more men than a druid advised and his ship gets blown off course. “They [encounter] many fabulous lands and monsters, including ants the size of foals … vanishing maidens and the Land of Women [and] an island of perpetual feasting and pleasure where old age was unknown” (Tresidder, 2004:299) before they returned to Ireland.

“The serpent’s head was in the sky and its tail was in the waters beneath the earth. Its body was divided into seven parts [and these were used to] form the world and all life” (Tresidder, 2004:318). 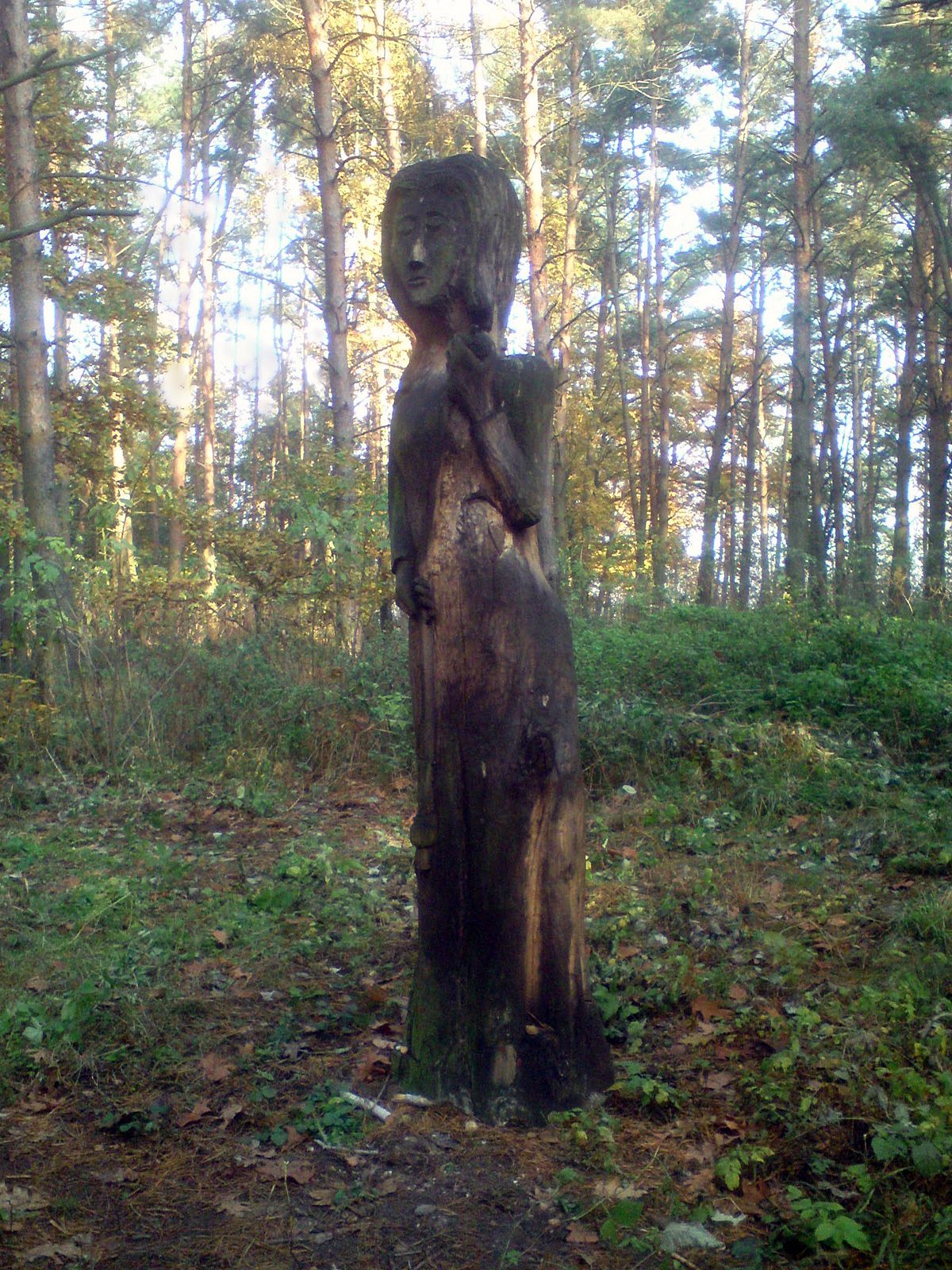 Check out The Folklore Podcast – Fairies! Slenderman! Awesomeness! And more!

Happy World Ballet Day! 😍 🩰 🌸 I give you my battered pointes – luckily the others still look good! 😅
Preptober 15, Writing Books: Currently, I am busy with quite a few writing books while I outline the story and build the characters. One of my favourite writing craft books, is "The Emotional Craft of Fiction" by Donald Maass. I also use @authorkmweiland's great outlining, structure, and character books. 😀🤓
Finally a proper look at the finished Ruon hiding cloak charm! Testing these out while writing The Ruon Chronicles is a lot of fun, let me tell you 🤩😂
Preptober, Day 11: Inspiration... The inspiration for the embroidery/needlework magic system in The Ruon Chronicles came from reading this book by Helen M. Stevens. I mean, look at that cover! Embroidery, dragons, what more could you want 😂😍
Preptober, Day 9: Music. I almost always have some kind of music playing while I work. I don't always match the music with the tone of the scene I'm busy with, however.
More succulent flowers! 😍 They're really putting on quite the display this year, yay! 😱🤩
Preptober, Day 8: What distracts me? I think it depends on the day, but so often I fall into the "do more work *before* you actually start writing trap.
Preptober, Day 7: Update... 🤔 Yeah, so this week hasn't gone at all according to plan fiction writing wise, but otherwise it's been a good working week 😂