Written for one of the Flash! Friday competitions, these stories had the prompt “The Arabian Nights”.

The princess stared at the dark waters of the pool. Beside her stood an older woman with tears in her eyes.

“You are my daughter,” she said.

“This is the doorway to your new home,” her mother said. “At the bottom of the pool is the house of a woman who will care for you until you come of age. After a year I will come and find you and you will once again have all your memories.”

The princess looked at herself in the still waters. An unfamiliar face stared back at her and large snowflakes started falling like white feathers from the clear sky.

She dipped her hand into the pool and two elderly hands pulled her into the water. The feather-snow stopped.

The queen threw the bright jewel that only yesterday adorned the River Lord’s brow into the fountain as well. Her daughter did not know that she had sealed her fate by taking it from where he had left it on the river bank.

The queen took one last look at the fountain. She had a year in which to find a way for her daughter not to marry the River Lord. A year during which her daughter would not know the fear of fate. She would not let her daughter share the same fate as her mother. She fingered the small knife at her side. She would do anything.

The castle walls shook as another boulder shattered part of a wall. The air was thick with the sounds of battle.

“What is your last wish?” the djinni asked the man.

“I wish that all would go back to the way it was,” he said. His face and hands were that of a man who had worked in the sun his entire life, but his clothes were of the finest silks. Gold rings covered his fingers and his crown reflected the light of the torches.

“You asked me to make all the fishermen in your village rich lords, and I did that. Then you asked me to build each of you a palace in which to live.”

“I did not realise that everyone would want even more wealth and lands. I need things to return to the way it was. I need the bloodshed to stop.”

“How many times have I been here?” he asked.

“This is the hundredth time you have asked this of me. Choose your final wish wisely.”

He fell silent, and then said: “If this was always to be my fate, then I wish to die.”

Behind the Scenes – Fairy Tales, Folklore, and Resources

I ended up mashing together the lore of the djinni with some European and African folklore and mythology. When I saw the title “The Enchanted Pool”, my mind wandered to the stories about Frau Holle and the stories about the great water snake with a jewel upon his brow. The djinni granting wishes also brought to mind the story about the fisherman who received three wishes from a magical fish.

If you’re interested in fairy tales and the folklore surrounding them, this fairy tale site hosted by the University of Pittsburgh is a great place to start. 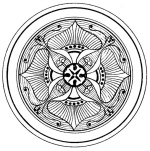